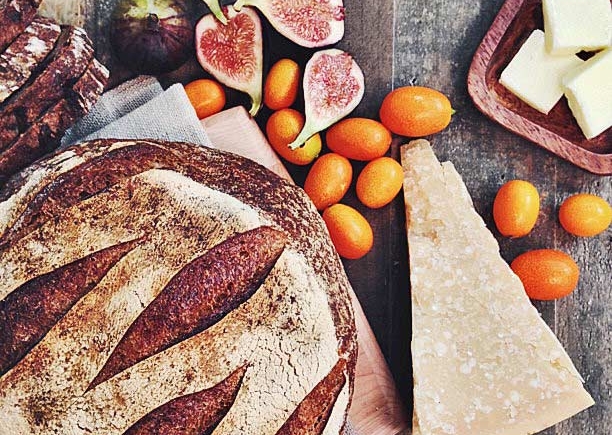 In order to appreciate all the benefits of sourdough bread. Baked without the use of artificial yeast, you need to know the peculiarities of the technology of the leavening dough. This process is long, but it allows you to save most of the vitamins, minerals and dietary fiber that you need.

The cycle of handling the sourdough is at least twice as long as the dough on industrial yeast. During this time, the process of partial splitting of the flour components. It takes place in the dough under the action of the starter. These processes are very similar to those that occur in the human stomach and its digestive tract.

As a result, we consume partially “digested” proteins (which is gluten) that split into amino acids, peptones, polypeptides. The carbohydrates of flour are processed into di- and monosaccharides, carbon dioxide, and alcohol. This also removes the extra burden from the human digestive tract, especially those with mild sensitivities to gluten. 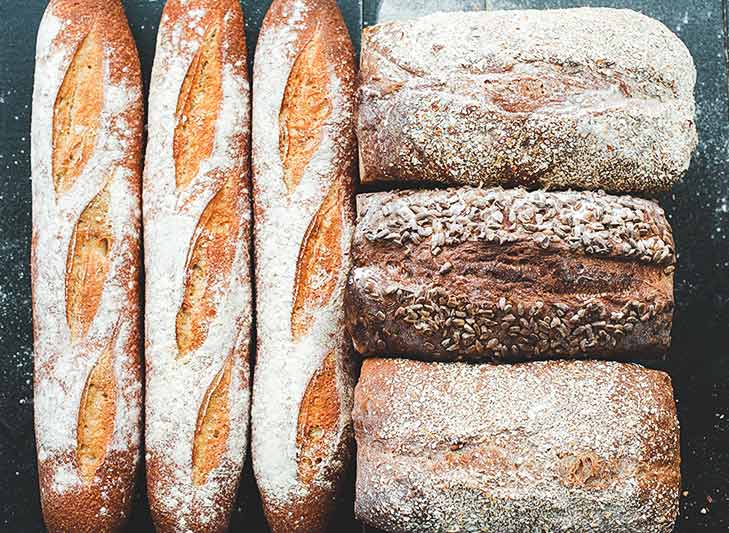 IT HAS A LOWER GLYCEMIC INDEX

Glycemic Index is a number from 0 to 100, which classifies carb-containing foods by their effect on blood sugar levels. Most bread products are loaded with carbs. But the fermentation process in the sourdough bread alters the structure of carbohydrates. That process is running in the dough and lower the glycemic index. This means that your blood sugar won’t rise and fall so rapidly.

Furthermore, studies have shown that the regular consumption of low-GI products. The commodity, such as sourdough bread may even result in weight loss. Also, it reduces blood sugar levels and lowers the risks of heart disease and type 2 diabetes.

SOURCE OF VITAMINS AND MINERALS

During the development of yeast and lactic acid bacteria in the starter, vitamins are formed: B1, B2, B3 (PP), B4, B5, B6, B9, B12, E, H. The source of vitamins is both the rye and wheat unprocessed grain. Their amount in the bread increases dramatically. This happens because of the prolonged period of fermentation in the starter, especially rye. Also, sourdough rich in prebiotics such as indigestible or dietary fiber. That maintains your gut health and increases vitamin and mineral absorption.

By the way, sourdough bread is a great source of Vitamin B12 (cobalamin) that associated with maintaining the health of the nervous system. This vitamin is found predominantly in animal products like liver, cheese, milk. And so vegans are forced to introduce B12 into their diets in the form of supplements. (for example, yeast autolysates). It is a pity that not all of them know about the natural source of B12 – natural sourdough bread. 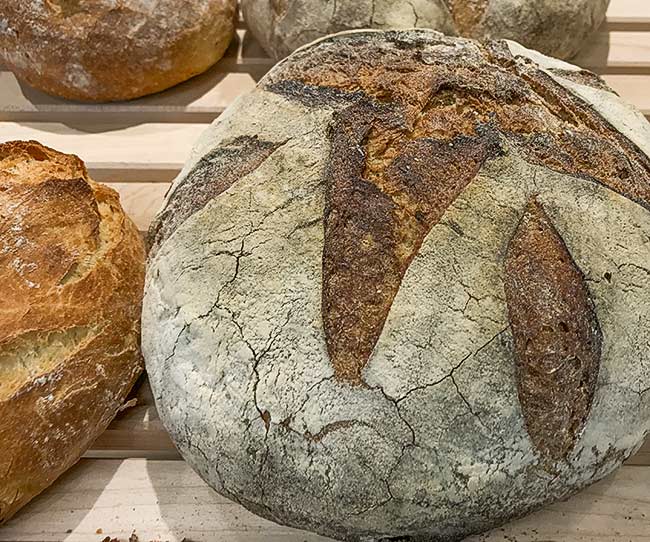 Also, rye and wheat grains contain minerals in a significant amount: Mg, K, Mg, Mo, Fe, P, Na, Cu, I, Al, Zn, S, etc. It is worth considering that in rye flour there is 30% more iron than in wheat flour, as well as 1.5-2 times more magnesium and potassium.

Sourdough bread made with natural sourdough starter supplies the body with substances similar to natural antibiotics. It’s produced by lactic acid bacteria when the leaven is working. It blocks the putrefactive processes in the human intestine, strengthens the immune system and even provides antioxidants.

Live-leavened bread created with a long process of fermentation has a remarkable taste and aroma. Unique and ancient at the same time.

There are no comments